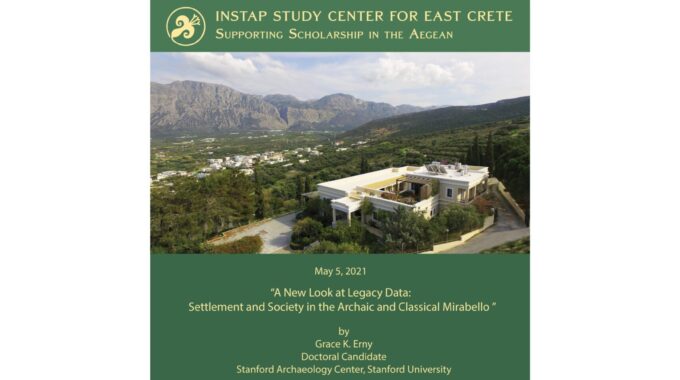 Since the early 1970s, intensive surveys have yielded important information about rural settlement patterns and land use across all periods of Crete’s history. Analysis of survey results, however, has often consisted largely of building settlement hierarchies based on site size and, in particular, reconstructing episodes of population nucleation and dispersal across the landscape over time. Surface finds are used largely to date periods of occupation at each site, while much less attention is devoted to artifact type and site function. Although site size is important, focusing primarily on size risks ignoring much of the information documented by archeological surveys. Considering survey sites’ assemblages, on the other hand, places humans and their activities back at the center of archaeological inquiry.

In this paper, I present a synthetic analysis of the finds from nearly 300 Geometric to Hellenistic Cretan sites documented by ten different Cretan surveys. I show that though small survey sites are generally classified together in site size hierarchies as “farmsteads” or “hamlets,” important differences in their surface assemblages suggest that they hosted diverse activities and comprised distinct social places in the landscape. Evidence from Cretan survey thus encourages us to consider alternatives to models of Greek land use and community organization that are predicated on a middling class of small freeholding citizen farmers – a narrative that has dominated the interpretation of evidence from surveys on the Greek mainland. I conclude with a close examination of the architecture and finds from several sites recovered by the Vrokastro Regional Survey Project in the late 1980s. This case study illustrates the diversity of community organization in Archaic and Classical East Crete.