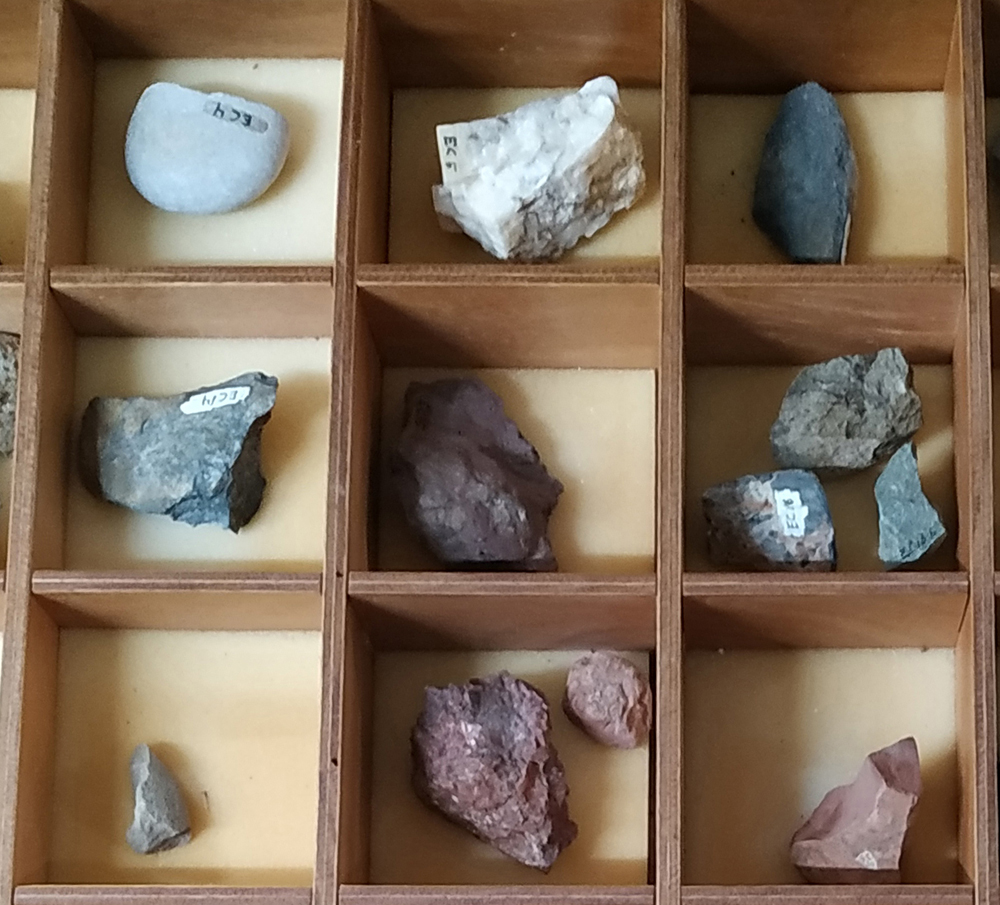 In 2003 Doniert Evely, Thomas Strasser, and Heidi Dierckx donated a collection of rock samples to the Study Center. They were systematically gathered from central and eastern Crete over a two-year period. The project was designed as an aid to the archaeologists working with lithics on Crete. Although the collection is by no means exhaustive in terms of the types of rocks represented, the three specialists, all with extensive experience working with archaeological stone materials, have ensured that it comprises the main rock types used for the manufacture of stone tools and vessels in Bronze Age Crete. Stone artifacts and architecture from Palaikastro, Petras, Hagia Photia, Kavousi, and Knossos were the determinants for the collection.

All eight geological nappes/series encountered in central and eastern Crete are represented: Phyllite-Quartzite, Tripolis, Pindos, Tectonic Mélange, Asterousia, Ophiolite, Plattenkalk, and Neogene deposits. For all samples there is a fresh and a weathered fracture, and the name of the rock is accompanied with information on its findspot along with a short description of its main macroscopic characteristics (color, structure, and hardness of the main mineral component). 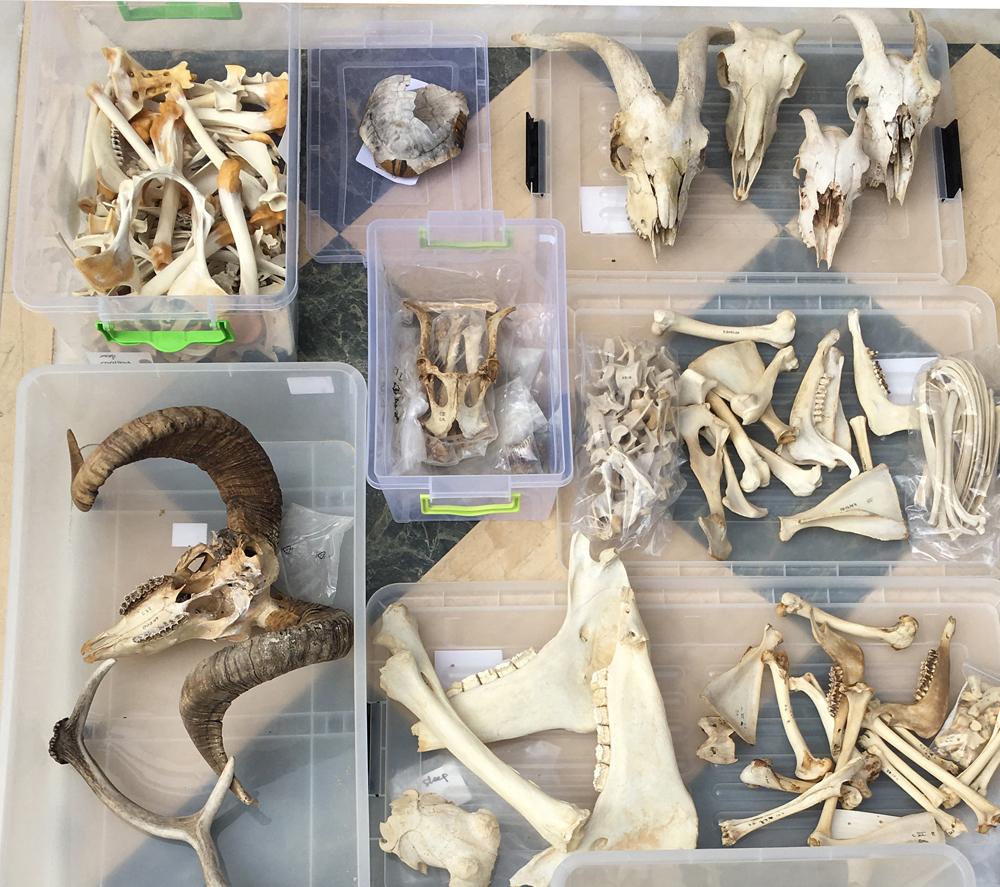 A comparative skeletal collection for zooarchaeology was started in the summer of 2002. It continues to grow with contributions from the zooarchaeologists who work at the Study Center, local residents, and various organizations. Building the reference collection is an ongoing project and at any given time several skeletons are at various stages of preparation.

The animal reference collection is available to visiting researchers who have made a prior agreement with the Study Center. 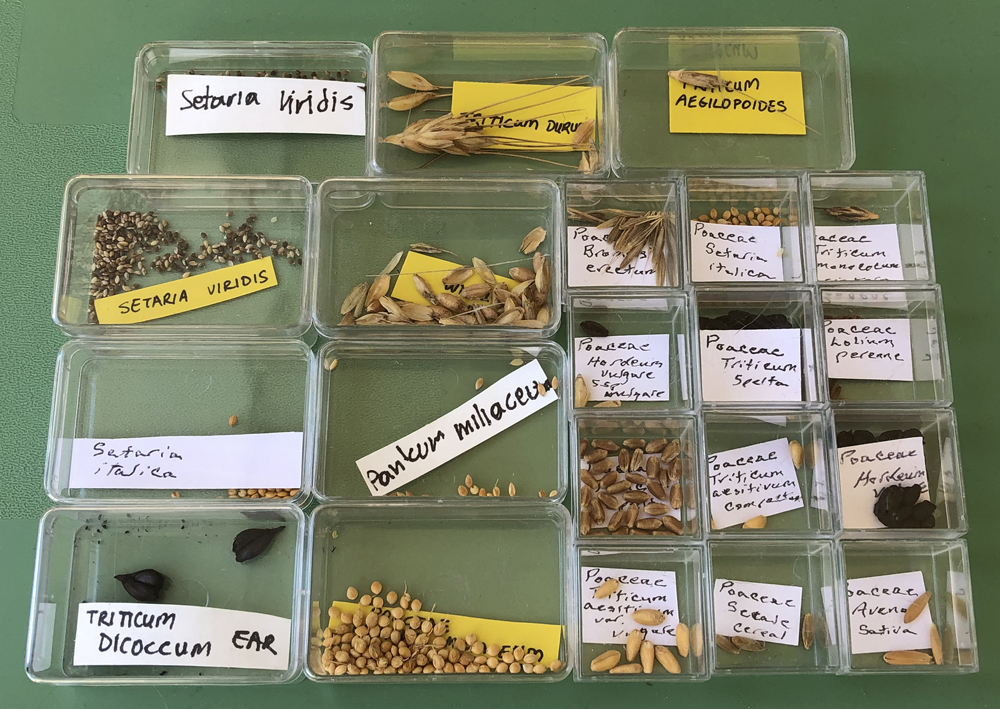 The SCEC seed collection contains modern specimens from crops, weeds, fruits, and nuts, among other types of plants, which can aid in the identification of archaeologically recovered plant remains. Approximately 250 taxa are represented, though these include some duplicates. The comparative collection was originally assembled by Evi Margaritis, and additional specimens were contributed by Margaret Scarry who also organized and inventoried the collection.

The human skeleton housed at INSTAP SCEC is a valuable resource for scholars engaged in the bioarchaeological analysis of human remains from archaeological sites in East Crete. The skeleton is an adult female and includes: a complete thorax (including right scapula and both clavicles), pelvis, complete right leg and foot, and left femur. There is no skull. The skeleton is a standard anatomical preparation mounted in a standing position. The legs are easily removed, but the remainder of the bones are wired or otherwise permanently fixed. The skeleton serves as comparative material when assistance is needed to identify bone fragments.