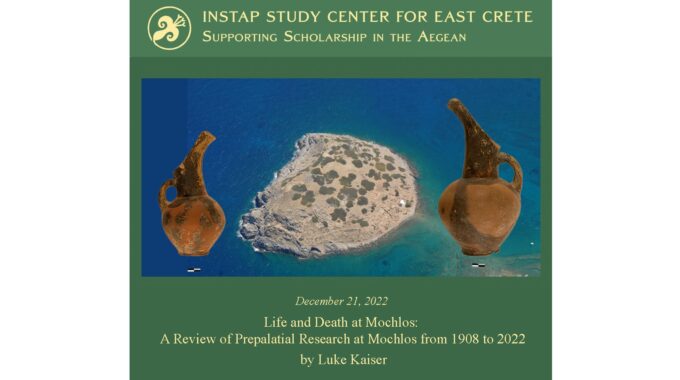 Mochlos has been associated with the Cretan Early Bronze Age since the first excavations by Seager in 1908. His work revealed large parts of the Neopalatial town and an extensive Prepalatial Cemetery on the western slope. Together the finds indicate that the town flourished in the Early Bronze Age and continued to be a focal point on the Cretan trade network throughout the Bronze Age. Restudy of this material led Soles and Davaras back to Mochlos in the early 1970’s and their Greek-American synergasia over the next five decades opened new windows into every phase of the islet’s history. The new Prepalatial assemblage is no exception and includes material from every phase of the Early Bronze Age.

In this paper, I will integrate Soles’ and Davaras’ architectural investigations and cleaning operations with Seager’s early excavations at Mochlos. Going beyond the metal and stone objects, I will interrogate the ceramics from the Prepalatial cemetery at Mochlos to revisit previous interpretations of date, shapes and functions.  I then turn to the new deposits, attempting to identify what the old and new assemblages share, where they differ, and what all this means for the understanding of Bronze Age Mochlos.