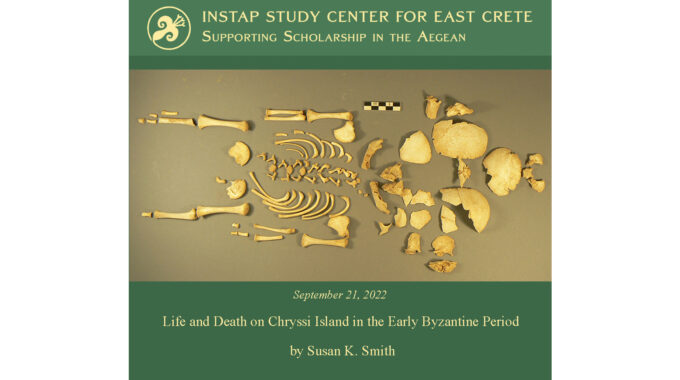 This talk presents the results of ongoing research on human skeletal remains from Chryssi Island. The island, off the coast of Ierapetra, is the site of two graves dated to the early part of the Byzantine period. The graves were used multiple times with one containing the remains of at least 14 individuals and the other of at least 20. Both graves included adult males and females as well as infants and young children. The bones exhibit a number of pathological conditions that is notable for the variety, severity, and quantity of cases. The pathologies indicate that both the adults and children led lives of hardship, disease, and nutritional stress while also engaging in heavy physical labor. The taphonomy of grave A607 suggests that they were buried over a relatively short period of time while grave A650 may have been used for a longer period of time. However, the placement of some of the juvenile skulls in A650 suggests possible intentional secondary placement of some of the remains.