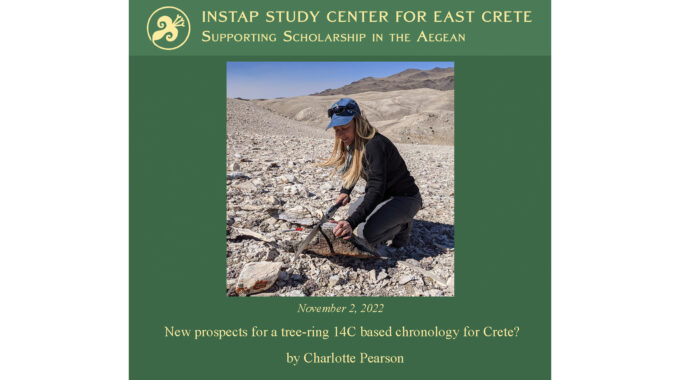 Over the last eight years, funding from the Malcolm H. Wiener
Foundation has supported an ambitious project to address problematic
radiocarbon dating issues in the East Mediterranean, primarily through
the creation of a series of single year radiocarbon measurements from
calendar dated tree-rings spanning 2500-1050 BCE. These data are being
used to check and improve the accuracy of the IntCal radiocarbon
calibration curve and will eventually be included in IntCal to the
benefit of anyone seeking to use conventional radiocarbon dating for
samples from this time period.  As a standalone dataset however, they
also offer new possibilities to achieve a level of fixed chronological
precision on Crete (and elsewhere in the Mediterranean world) that has
not previously been possible with traditional dendrochronology or
radiocarbon alone. This talk is a call for interested collaborators! It
will provide an overview of what these data look like and how they might
be used if suitable tree-ring samples from secure contexts on Crete are
found. It will also use the 16th century BCE and the Minoan eruption of
Thera as a case study to explore the further utility of single year
tree-ring 14C.
Recommended reading list