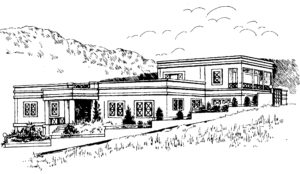 On January 4, 2020, the new Friends of the INSTAP Study Center (FISC) organization held its foundational gathering at the Annual Meeting of the Archaeological Institute of America (AIA) in Washington, D.C. Tom Brogan presented the mission of the Study Center and its many projects, highlighting recent collaborative work on the island of Chryssi with Chrysa Sofianou, director of the local Lasithi Ephorate of Antiquities. Albert Leonard, Jr., was elected as President of the organization, with Elizabeth Shank as Vice President and Kostas Chalikias as Secretary and Treasurer. An audience of 300 colleagues and friends was treated to spectacular lectures:

Sharon Stocker and Jack Davis, “The Tomb of the Griffin Warrior at Pylos”

Another meeting is planned to be held during the Annual Meeting of the AIA, January 7–10, 2021, in Chicago, IL. More lectures and another update on work at the Study Center will be presented.